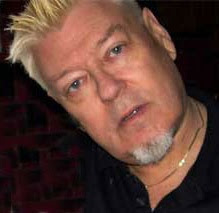 Q: When did you start writing and how many novels have you published?

ECP: I started writing when my grandmother gave me an old upright typewriter. I was 8 years old and wrote my first novel at 10, a horrible mess about the Boys Scouts. I didn’t even change the names to protect the innocent. I published my first novel at age sixty and have 10 published novels, 2 books of poetry and a partridge in a pear tree (that is, one book on Independent authoring).

Q: Was there someone in your family, a teacher, or perhaps a favorite book, that inspired you to begin writing?

ECP: My mother was an avid reader and reading is the key to an avocation of writing. My aunt is a poetess and has published a book. It’s the Herrick blood, as I am a descendant of Robert Herrick. When I was younger, every experience I had inspired me to write.

Q: Do most of your stories have gay or lesbian main characters? If so, do you find that writing about GLBT character limits your audience?

ECP: All of my stores have gay characters, although not all my stories are explicitly gay-themed. Since I try my best to transcend genre and treat all readers equally, I have never aimed my work at the gay community. As a result, my readers are just my readers and I haven’t experienced audience limitations . . . yet. Maybe it’s on the horizon, but I certainly won’t strive for it.

Q: Who are the authors who most influence you, both in your early career and now?

ECP: Originally, the British classics — Dickens, Thackeray, Hardy, Conrad, W.S. Gilbert and Austen, and a smattering of Twain and Melville (from my side of the pond). Perhaps the most influential authors now are Steven King and J.R.R. Tolkien — King for technique and Tolkien for structure. I have never lost my affinity for the older mentors, because anyone who loves words will find a complete compendium of creativity there.

Q: Do you need to be in a specific place or atmosphere before the words flow?

ECP: Not really. I write while I drive, because my best work is done in my head. I never use an outline and shun plots as poison. My so-called muse (and he’s cute) shows up whenever he’s summoned. I do have a writing routine which keeps me honest — reading as many hours per day as I write, a striving for 2,500 – 4,000 words a day and music in the background (generally Vaughan-Williams or Elgar). Apricot Veronas also help.

Q: What’s the strangest source of inspiration you’ve found for a story?

ECP: That would be for my novel Green Folly, which will not be finished until 2010. I was at a gay marriage dedication service where the story of Jonathan and David was read as the consecrating passage. On the spot, I concocted a modern version of the story (complete with Saul and the Witch of Endor) which became a play in 1996 (uproduced) and a novel draft in 2001. It’s in the hopper with nine other projects for final revision.

Q: You seem to know a great deal about and Chinese History. What is it about your background brought about this knowledge?

ECP: I have a Master’s Degree and doctoral credits in Sinology from , my original thoughts at a career aimed at becoming a starving researcher or professor, until I was diverted into a corporate career in marketing. has always been my love and I use my experience, both the book-larnin’ and the travel, in many of my novels.

Q: You recently had a new release hit the stands, Look Away Silence. Can you tell us a bit about that story?

ECP: Look Away Silence is a romance in the time of AIDS. During the 90’s, I, like many others, worked in AIDS volunteer services and also, like many others, buried friends. The experience was one that I could have left well behind me, but there were stories to tell, especially the one about Martin Powers and Mathew Kieler, the lovers in this work, who experience the joy of each other and the tragedy of the crisis. I have dedicated Look Away Silence to the Hyacinth AIDS Foundation, the NAMES Project and to my fourteen fallen angels. It is my most emotionally lethal work to date, but it was a novel that needed to be written.

Q: So, if you don’t mind sharing, would you tell us about your latest work in progress?

ECP: I am working on The Nan Tu, the second book of the Southern Swallow Series. In the first book, The Academician, we tracked the life of a 12th Century scholar-official, Li K’ai-men, his rise to prominence and his tutelage to the ninth son of the Sung Emperor. The second of the four books covers a period of warfare, intrigue and regeneration of the Sung Dynasty. Li’s charge has become the Emperor, but an Emperor on the run, so the tale is an action-adventure as well as an historical and, like its predecessor, sows the seed to The Jade Owl legend. It should be ready for publication in October of this year.

Q: Out of all the stories you’ve written, which is your favorite and why?

ECP: Without question – Turning Idolater. It’s a marriage of disparate elements — an Internet stripper, a middle-aged writer, and an original edition of Melville’s Moby Dick. Mix it together with a murder mystery, the grandeur and seediness of New York City and the pageantry of Provincetown, and a world as real as any other and as fantastic as Tolkien’s emerges. This was one work where the characters, once alive and breathing, wrote and finished the work — basically telling me to “hit the road, we’ve got it covered.” I think even if I get to a personal goal of fifty works, Turning Idolater will still call me to its side.

Q: Name a book or movie written by someone else that you wish you had written, and why that one?

ECP: That would be , both the short story and the longer film. It characterizes the most perfect blend of subtext that I have ever encountered, as subtle as the scenery and just as majestic. It states nothing and shows everything, baring the soul without prejudice or explanation, to be reconciled by each individual who savors its subtlety and its enormity.

Q: If you could offer one tidbit of advice for new writers, what would it be?

ECP: Focus on engaging the reader, but enjoy the act of writing. Your joy will shine forth in the draft and be anchored in the many revisions you must resign yourself to undertake. Write for one reader only — dream the remote dream, but be content with the single response that will be elicited ten and then a hundred and then a thousand. Be steady in this and shun those who would crush your dream. Only two people matter in this — you and your one reader.

Q: What do you like to do when you’re not writing?

ECP: I sing and I’m an Opera queen. I enjoy plays and tons of reading. Of course, and I guess this is the old Marketing Director in me, a great deal of non-writing time is consumed with promotion. Ah, you said “like,” didn’t you? Well, even within the necessity of promoting, especially for an Indie author, there are delights — my fellow author community, networks of readers and the mentoring of emerging authors. Those in the vanguard must muster the troops to quality products and processes.

Q: What was the craziest thing you’ve ever done in your life?

ECP: Stay in the closet until I was 42, and then I popped out like a fucking Murphy bed. Excuse me, can I say the F word? Sorry, if I can’t. Then in the short burst of two years, I made up for four decades. Now that was crazy and we need not go into it. It has furnished quite a bit of material for the books.

Q: What, more than anything else, fills you with rage?

ECP: Authors that dish other authors or who publicly take them to task for self-promotion. But what goes around, comes around. Oh, then next comes ethnic cleansing. I’m Cherokee, so it’s personal.

Q: Can you tell us something about the place you call home?

ECP: Home is quite transient. I am officially a resident of the State of and travel back there weekly, but I work in and maintain a place to hang my hat there. My citizenship grants me many human rights as a gay man that denies. As a result, home is wherever my heart is, and currently my heart drifts.

Posted by AlanChinWriter at 12:35 PM