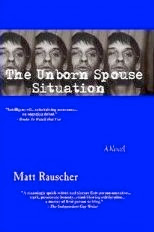 Augie Schoenburg is twenty-two, gay, a senior at college, an aspiring filmmaker, and desperately lonely. When he moves into The Harley Hut, the wildest party house on campus, life gets very complicated because he is constantly surrounded by a bevy of hot, supposedly straight, party boys – or so he believes. Augie’s five new housemates all know he is gay, and, on the surface, are fine with it. But after several weeks of living together, sexual tensions rise as all six men struggle with their inner demons. When Augie falls hard for one housemate, Victor Radhakrishna, his world begins to crumble. The other housemates turn against him, as does several of his friends, pushing him onto a rollercoaster of emotional ups and downs. The funny thing is, Victor seems to enjoy the gay sexual attention. He even gives back as much as he takes. Yes, for a horny, gay boy living with a rowdy straight crowd, life can get very complicated indeed.

When I first saw that this book was published by Lulu, which means it was self-published, I cringed, thinking this would be another poorly written, boring story that wasn’t good enough for conventional publishers. I was pleasantly surprised to find the book is beautifully written in a compelling first-person narrative. In fact, there were a few scenes that touched brilliance. The story is a glimpse into a darkly funny, sometimes sexy, sometimes sad life of a college senior who desperately needs to find his place in the world.

I had a bit of trouble liking the narrator. He often seemed arrogant, egotistical, and self-absorbed, which means Rauscher did an excellent job of creating a believable male college student. It was the wacky situations that Augie continually stumbled into that kept me turning the pages. I found it to be a witty glimpse into one person’s search for love and acceptance while dealing within a turbulent college scene.

I did have a few minor complaints. I felt the narrator spent far too much time describing male body parts. I understand that Aggie was obsessed with showering with his hot roommates, but the body part descriptions grew old after the first thirty pages. Also, in several scenes he describes other people having sex, which in my view was overly crude and not in character. Throughout the story, the narrator did several unsavory things, like taking a great deal of money from a sugar daddy after dumping the guy, which made it difficult to like this protagonist.

Readers under the age of 30 will no doubt relish the fast paced prose, simplistic story line, snappy dialogue, college scene settings, carefree lifestyles, emotional ups and downs, and the sexy exchanges between the main characters. It is a young person’s novel. The bull’s eye target audience for this story is twenty-something and gay. The further you drift from that target center, I suspect, the less likely you are to enjoy this tumultuous coming of age story. But regardless of your age or sexual preference, Matt Rauscher will keep you turning the pages to find out what happens next.

Posted by AlanChinWriter at 2:43 PM