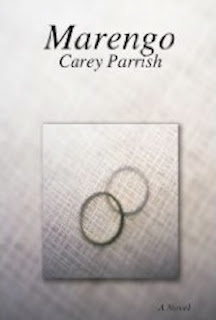 Rob Brent and Jeff Schrader, two gay American journalist living in the UK for a year, take a flat at Mrs. Rose Mary Shugart’s townhouse in a posh section of London. They congratulate themselves on their fantastic luck at finding something inexpensive in such a wonderful neighborhood. Of course, they have no idea what delights and dilemmas await them.

There are five flats in the townhouse, including Mrs. Shugart’s, and each one houses someone a bit off-kilter. They are quirky and funny and lovable, and perhaps a little dangerous. There is Mrs. Shugart herself, a grandmotherly snoop with a tidy pension but rents flats for the social interaction with interesting people. There is Mr. Humbolt, the elderly queen who sells diamonds for Warwickes, and is more of a busybody than Mrs. Shugart. There is Rob and Jeff, two men who seem like a gay couple but never do anything in public to confirm everyone’s suspicions. On the top floor resides Miss Bullivant, a middle-aged woman who is attractive for her age but slightly desperate for romance. Across the hall from her is another new tenant, Richard Lawrence, a rather handsome man who keeps to himself and goes out of his way to keep his business private. Mr. Lawrence, is not all what he seems; he hides a secret that could prove perilous to everyone at Mrs. Shugart’s townhouse.

The charm of the characters at Mrs. Shugart’s townhouse pulled me in and kept me turning pages. This story has a delightful tone, but it is agonizingly slow to heat up. For half of the book it seems to wander aimlessly along without regard to plot or purpose. What I didn’t realize was the author was laying a foundation that would pay off in the latter half of the book. When one of the tenants suddenly dies, the story takes a sharp turn and things begin to simmer. And even though I could tell where the plot was headed, I was kept interested to see how it played out. I hoped for a surprise at the end, and was not disappointed.

This was an excellent story by author Carey Parrish. Still, I came away with three minor complaints. One is I felt that the author, particularly in the beginning, over-wrote the descriptions. I wanted the pace to be faster, and felt like taking a red pen to his wordy prose to speed things along (it’s an issue I sometimes find with my own writing.)
The second issue was that the author head-hops, that is, the point of view shifts from person to person in mid-paragraph. Although I never had any problem following who’s pov I was reading from, it occasionally felt awkward.
The last issue happened in the last thirty pages, when the author spent twenty pages recapping everything I had already figured out for myself. It was simply twenty unneeded pages when I was anxious to read the ending – much like a speed-bump when I’m in a hurry.

Those minor issues aside, I very much enjoyed this read, and have no reservations about recommending it to all reading audiences. Bravo!
To read more about Marengo press here.
.

Posted by AlanChinWriter at 1:29 AM