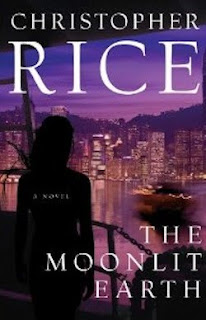 At thirty years old, Megan Reynolds is an outsider in her affluent hometown of Cathedral Beach, California. She has recently come home with her tail between her legs after losing an altruistic job and her free-thinking boyfriend in San Francisco. Living with her mother, with financial help from her cousin, she finally lands a dream job that will allow her to start over.

Half a world away an explosion rips apart a Hong Kong hotel, killing 60 people. Security cameras partially record this apparent act of terrorism, showing a Middle Eastern man leading an American away from the building only moments before the deadly blast. Watching the media broadcasts, Megan recognizes the American as her beloved gay brother, Cameron.

As the media and the FBI line up to embroil her brother in a terror campaign, Megan is the only one who seems to know he didn’t’, couldn’t, do such a thing. But no one can find Cameron. He has gone underground. Playing the role of White Knight, Megan flies to Asia to find her brother and prove his innocence. Her journey pits her against her mother, her estranged father, a wealthy tycoon, a royal family, and the FBI.

With the clock ticking and bullets flying, Megan uncovers the last thing in the world she was looking for, family secrets so shocking that it will rock her entire universe.

This is the first Christopher Rice book I’ve read, and I must say I am impressed with the author’s skill at creating tension. Rice delivers action, suspense, international intrigue, and sympathetic characters that have true depth. What amazed me most was the intricate plot, and the way it unfolded. He weaves a convincing tale that kept me more than entertained; it kept me turning pages well into the night.

It is a story of devotion and love. Not romantic or sexual love, but the love of two siblings who have shared the same upbringing and know the same pain. It makes a powerful statement about how secrets and a parent’s obsessive love for their children, can destroy a family. And yes, it is a story of bravery and integrity. I love stories with emotionally strong heroines, and The Moonlit Earth did not disappoint. I was slightly annoyed at the minimal amount of gay threads in this plot, but that didn’t detract from my enjoyment.

I did have two issues with this book, and both occurred in the latter parts of the story. The first happened when the author introduces a rather long flashback in order to fill the reader in on some needed back-story. This managed to halt the story’s forward motion, stalling the story for a considerable time. I felt it killed the story’s momentum.

My second issue came after the heroine had completed her quest. The story felt like it was basically over. Certainly the action/suspense threads had been neatly put to bed, but then the author kept going for another 50 or 60 pages to reveal yet another layer of this tightly woven plot. I felt that that portion of the story, although interesting, simply droned on far too long. Getting quickly to the point would have made, in my opinion, a stronger, more satisfying ending.

Still, even with my two minor issues, this was a terrific read. One that I enjoyed immensely, and I’m sure I will gladly re-read this book in the future, but only after I’ve read some of his earlier novels.
For more info on this book, press here.

Posted by AlanChinWriter at 4:35 PM