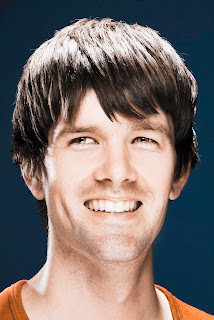 Featuring Daniel Owens
Daniel Owens grew up in San Deigo and lives in San Francisco. His music borrows from multiple music traditions such as rock, early R&B, folk, jazz and classical. He is known most for his emotional performances, song craft, and his ability to combine personal stories with a broader socio-political message. He is influenced by the likes of all the great early R&B artists, Elton John, Paul Simon, Neil Young, Jeff Buckley, Radiohead, Miles Davis, Bill Evans, and Claude Debussy. He's won awards from the West Coast Songwriters Guild. In 2008, he released his debut full-length album entitled Stargazer. He is currently working on another full-length album and is performing regularly. All ages, all genders, all the time.

If you'd like to perform at the open mic, please bring five minutes of whatever you want to share. Musicians, one song. Prose writers: that's about two and a half double spaced pages of prose. We’re the friendliest open mic you’ll find but we pay attention to time so that nobody accumulates further open mic-related PTSD.

Presented by Army of Lovers, a project of the Queer Cultural Center with support from the San Francisco Arts Commission, Zellerbach Family Foundation, Horizons Foundation, TheatreBayArea and the California Arts Council

Posted by AlanChinWriter at 1:49 PM