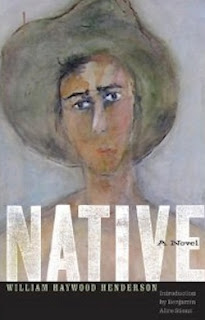 Blue Parker, the twenty-three-year-old foreman of a Wyoming ranch, has a secret crush on his ranch hand, Sam. The two cowboys are drawn to each other, and Blue makes plans to place Sam in a high-mountain cow-camp for the summer (ala Brokeback Mountain), thinking he will have Sam to himself in this idyllic getaway setting. But before he can act on his plan, Gilbert, a Native American who fancies himself a Two-Spirits (gay), draws a drunk Sam into a lewd dance at the local honky-tonk. The other cowboys begin to suspect Sam could be queer. The result is that Sam is later beaten to within an inch of his life in the alley behind the bar. Once Sam is released from the hospital, Blue moves Sam into his own cabin to care for the younger cowpoke. This move casts suspicion on Blue as well.

The events that unfold in that drunken night on the dance floor will drive Gilbert across the western states looking for his place in society, while Blue must choose between the home he loves and the man he loves, all the while the three men are bound on a second collision course.

This is very much a novel rooted in a place; it is literature of the modern American West. It deals with man’s relationship to the land, and the loneliness and hardship that land presses on him. But unlike most Western literature, Henderson does not evoke the stereotypical hero. There are no heroes in this story, only lonely men caught up in circumstances that leave them no choices. It boils down to men fighting between their place in society and their desires.

This is a story of love and hate, but also of finding your place. On the one hand, Blue and Sam’s love for their rugged western lifestyle, for the grandeur of the mountains, and for each other are both special and touching. But when they become ensnared in the politics and prejudices of an isolated ranching town, they become the target of blind hate. They must ultimately sacrifice one love for another.

In many ways I adored this book. The characters are richly drawn and deliciously complicated, and often I found the prose as beautiful as the settings being described. Henderson has an amazing talent for painting pictures and expressing feelings with words.

However, there in lies the rub. This book is not an easy read, mainly because the rich description is often too detailed. It slows the pacing to a crawl, going into minuscule detail about things that have little or no effect on the storyline. The other problem I had was that it wanders, which sometimes made it confusing. It’s mostly written in 1st person from Blue’s perspective, but it occasionally switches to 3rd person, other times in 1st person for other characters, and it slips into numerous back flashes that the narrator couldn’t possibly know about. Several times it bounced from a character’s past to imagined future, to present. If you’re looking for an easy, straight-foreword read, keep looking.

However, if you don’t care about switching narrators, want to read a damned good story and love to wallow in beautiful prose, then I can highly recommend Native.

For more information about this book and the author, press here.
.

Posted by AlanChinWriter at 2:55 PM