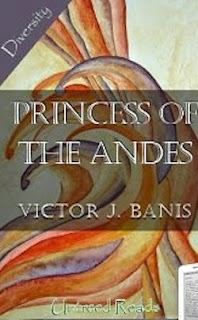 The Princess of the Andes is a freighter registered in Ecuador, making a trip from Los Angeles, through the Panama Canal, to Haiti. In addition to cargo, she also carries passengers looking for cheap transportation to Latin America. One of these passengers, Randolph Letterman, has signed on for the whole cruise to Haiti, and back to L.A.

Everything starts off fine. The weather is grand and they make good time. But as the trip progresses, Randolph makes himself into a bit of a bore. In an effort to be social to Captain Herrman and the crew, Randolph becomes too talkative, too much of a know-it-all, until he has everyone aboard avoiding him. The situation gradually becomes worse until Captain Herrman threatens to throw Randolph overboard so he can enjoy his meals in silence.

It is then that the ship’s doctor comes up with a plan. In his estimation, Randolph is a lonely, older, gay man who desperately needs to get laid. The Doctor suggests, that if they are to get any quiet, then someone from the crew should volunteer to satisfy the old man. That alone will shut him up. The Captain is willing to try anything, but whose to bell the cat?

For several years now, I have been a fan of Victor Banis’s work, whether it be a four-hundred page novel or a ten page short story, Victor puts the same level of artistic talent into everything he writes. And needless to say, I was not in the least bit disappointed with The Princess of the Andes.

I love his superlative voice, his quirky characters, his well-constructed plots. This story is a joy to read. It carries the reader along, and then gives him/her a playful little slap in the face at the end.

I’ve said it before, that I think it takes more talent to craft a short story than a novel, and Victor shows his considerable talent in spades. If you want to spend a joyful half-hour, read The Princess of the Andes.

To read more about this story and/or Victor J. Banis go to http://www.vjbanis.com/

Posted by AlanChinWriter at 4:16 PM