Closing the Book Cover on 2010 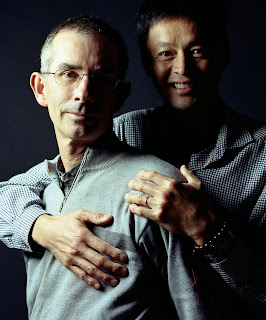 While thinking back over the year’s events, I am reminded of the give and take in the universe. The year for me seemed to oscillate between positive and negative poles, particularly in the United States, the place I call home. Being an election year in the states, much of the summer and fall was dominated by loud, often hateful rhetoric from politicians. The lies seem to pile on each other until everything collapsed under the growing weight of absurdity. It became evident that people were angry and searching for a ways to vent. That anger mutated into hate speech, and that fueled more anger. This was not one of this country’s finest moments.

Then the national spotlight seemed to swing to positive as Obama declared an end to the fighting in Iraq, and moved the war into a support operation with a definite timeline of withdrawal. This war has been a drain on the country’s morale and wallets for eight long years, and brought nothing but anger and death to show for it.

But the election anger continued to grow and, for me at least, continually dipped into great sadness when, one after another, innocent gay teenagers began to commit suicide. It felt like being hit in the gut with a sledgehammer, over and over. This tragedy became so overwhelming that even several bigots who had been preaching hatred from the pulpits, began to realize that their words were stirring up hate in the congregation, and that hate was slipping over into the schools and causing violence to innocent teens. It became obvious to me that these “men of the cloth” were indirectly guilty of manslaughter. And thank goodness for the Things Get Better campaign that swept the country, drowning out the voice of hate.

But as I say, things continued to swing to the opposite pole, and year’s end has seen the termination of Don’t Ask Don’t Tell, a seventeen-year piece of legislation that openly discriminated against gay men and women in the US armed services. In voting this down, America takes another step toward joining a host of other countries where “freedom for all” is more than merely a campaign slogan.

On a more personal level, my life has also swung between opposite polarities. This year was one of non-stop work for me. The workaholic in me surfaced and kept me glued to my computer for most of the year, to the detriment of my relationship with my husband, family and friends. It looked pretty glum for several months.

But then in the fall, I published two novels, Match Maker and Butterfly’s Child, which have been met with glowing reviews, and have two more ready for publication next year. This year’s drudgery has produced some of my best work, and the accolades are pouring in.

Some of those accolades came regarding my WWII historical novel, The Lonely War, which took top honors in this year’s Rainbow Awards, one of the chief literary contests for lgbt works. My novel won first place in four categories, including best overall fiction and best historical fiction.

To end on a positive note, I look forward to 2011. Not only do I have two novels ready for publication, my husband and I have started working on a screenplay together that has a DADT theme. This will be our first collaboration, and it already promises to be a bumpy road, as both of us have strong wills and definite ideas that don’t always mesh. If you don’t hear from me next year, it will be because Herman and I have killed each other over this movie script.

So with that, I wish you a fantastic Happy New Year, and may many blessing come your way throughout 2011!
Hugs and best wishes,
Alan Chin

Posted by AlanChinWriter at 2:31 AM