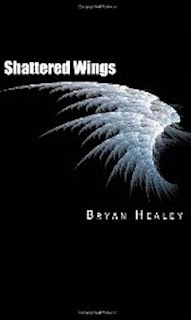 
John is confident, a bit cocky, and happy with his life. He and his lover, Charlie, are proud parents of a darling little girl. Charlie is a stay-at-home daddy while John brings home the bacon with his mid-level management position in an IT department. John is living the dream in their lovely suburban home. The only thing missing is the sheepdog.

And then an unexpected layoff shows John just how fragile a foundation his perfect life is built on. John’s search for a new job brings only emotional strain. He spirals into despair, which triggers a relapse into alcoholism, lies, and deceit. All it will take to recover his dream is a job—any job—but can he find one in this down economy before he loses everything?

I had a love/hate relationship with this novel. The story itself is simply terrific. It’s like watching a train wreck from close up, and knowing that at any moment the whole damned thing could explode, but there is nothing you can do, not even pull your eyes away. It is a gripping story, and John is a compelling character. He’s both sympathetic and pathetic at the same time, making all the wrong moves for comprehensible reasons.

This is a detailed study of a man slowly disintegrating. He keeps grasping for help, but at every turn, people turn their back on him until he is pushed beyond his endurance. It is a sad story, and bitterly real. I would love to award this tale a five-star rating, but I can’t overlook the numerous issues that annoyed me.

This story desperately needs a competent editor with a large red pen. The writing—with numerous typos, misspellings, bad punctuation, switching from past tense to present and back, and repeated phrases—make this one of the worst written books I’ve seen in print. The writing continually pulled me out of the story, and tainted an otherwise compelling read. It is the curse of self-publishing, and why I generally shy away from writers who publish their own work.

Although John’s character has significant depth, the other characters in the story have little or no depth at all. I kept wanting them to show more of themselves, but that didn’t happen. In defense of the author, this story is told by John in first person, and he is totally self absorbed through most of the story. Yet, I wanted more.

There is one other issue I’ll mention. It seems that half of the book is told in flashbacks. There is a pattern where every four or five pages the author cuts from the current storyline to give several pages of backstory. Back and forth, back and forth. My issue is that too many flashbacks kept breaking the rhythm of the current story. Normally I could overlook that, except that in this case most of these flashbacks did little or nothing to advance the storyline. They seemed to slow the story down for no reason.

My opinion is that this book is not ready for prime time. With significant editing, the rounding out of some characters and the deletion of several flashbacks, this could be a fantastic read.
.

Posted by AlanChinWriter at 6:59 PM