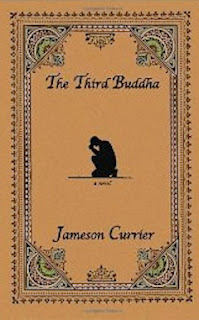 Ted Bridges, a twenty-something law student, drops out of school and moves to New York to look for his brother, Phillip (“Pup”) who disappeared the day the World Trade Center towers fell. Ted moves into Pup’s Chelsea apartment and tries to piece together his dead brother’s life. Both brothers are gay, but very different. Pup was out and loved to socialize, loved being gay. Ted is closeted and has had little to no sexual experience with other men. Through the process of living in his brother’s shadow, what starts as a search for his brother turns into a search for his own sexual identity. Learning about his sibling and what it means to be gay through Pup’s friends and ex-lovers, Ted, over a period of several months, becomes his own man living a gay lifestyle.

Half a world away in a different decade, two international journalists, Ari and Jim, travel in Afghanistan. They are separated after their vehicle explodes from a roadside bomb. Ari awakes with no memory. He is taken in by hill-tribe Muslims and, for a time, becomes one of them. Jim recovers in an army hospital, and later pulls strings in order to travel back into dangerous Taliban controlled Afghanistan to find his lover, Ari.

These are two very dissimilar stories, both about searching for a loved one, but still very different in character and nature. Ted’s story is told in first person, Ari and Jim’s story is told in third person. These tales are very loosely linked by a few minor characters who live in New York, friends of Pup.

Many stories I’ve read that swing between two or more different plots has one story that intrigues me, and the other doesn’t. The Third Buddha was no exception to this rule. I found Ted’s search to be poignant and fascinating. I felt his pain and confusion, and was pulling for him all the way through his wonderfully convincing character arc.

Jim and Ari’s story I found flat, overly predictable, and often tedious. Currier did a marvelous job of creating a realistic environment of war-torn Afghanistan, and the writing was certainly accomplished, but the author keeps the reader from getting too close to his characters in this part of the book. Currier constantly switches between Jim’s adventures, to Ari’s hardships, to flashbacks of their relationship before being separated (way too many flashbacks for my tastes). This constant fractured storytelling became frustrating. It felt to me like I was following the story from an altitude of ten-thousand feet when I wanted to be right there on the ground. It simply didn’t have the same intensity as Ted’s search for Pup. And the fact that it took no guesswork to figure out exactly what would happen didn’t help.

The title, “The third Buddha” refers to an archeological site in Afghanistan where scientists search for a giant statue of the Buddha. It is near this site where tribe’s people take in Ari. This search for the statue is used as a symbol of the ongoing pursuit for something bigger than ourselves. And, of course, that is what both these stories are about.

Jameson Currier is a talented writer who has created an important and thought-provoking book. These are credible characters who experience gut-twisting emotional hardships and victories. It is a book I can highly recommend, even if it doesn’t find a place on my “favorite’s” shelf.

Posted by AlanChinWriter at 6:39 PM