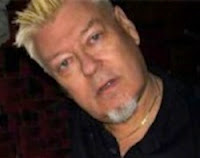 I recently reviewed the latest book from Edward C. Patterson. I was so impressed with this story, Swan Cloud, that I asked Mr. Patterson for an interview. The following is what came from that exchange.


Q: When did you start writing and how many novels have you published?
I began writing at age 9 (1956) and haven’t stopped since, although it has been a journey distracted by diverse interests. I began writing after my grandmother gave me a typewriter (an old Underwood upright) and I scribbled my first novel, a camping saga, (more a short story than novel in length, but to a youngster, anything beyond an essay is epic). It was dribble, but in it was the born the most important gift of authoring — imagination. I currently have nineteen published works, fourteen of which are novels. I have twelve works in progress. My books come from my personal experience — Chinese cultural history, gay and lesbian community themes and military life.

Q: Was there someone in your family, a teacher, or perhaps a favorite book, that inspired you to begin writing?
My mother was an avid Pearl S. Buck fan and nudged my reading in that direction. It’s no accident that I managed to earn a Master’s degree and a doctoral tract in Chinese History (Sinology). However, fantasy was the spark. I read Tolkien’s Lord of the Rings in my first year in High School (1960) and reread the trilogy every year until 2004, when Stephen King’s Dark Tower series replaced that ritual.


Q: Who are the authors who most influence you today?
I was weaned on the great authors, learning my craft at Dickens’ knee. However, I’m an avid student of Melville, Hardy, Austen and King. Perhaps the most influential author is the playwright-librettist W. S. Gilbert. He showed me that, in addition to the sonority of language, I needed to engage readers with humor, because when a reader can laugh in midst of terror, they can survive to read another book.


Q: What’s the strangest source of inspiration you’ve found for a story?
I have reached out to many strange sources, but perhaps the most bizarre was the Brothers Grimm, snatching snippets from their fantasy world and mashing it up to my autobiographical Army experience in Germany during the Cold War. The result, The Road to Grafenwöhr, is a blend of waking dream and historic reality, which my readers have embraced favorably.


Q: You recently published the third book in your Southern Swallow Series. Can you tell us a bit about Swan Cloud, and the other Southern Swallow books?
The Southern Swallow Series was born thirty-seven years ago when I published my Master’s dissertation, The Restoration of the Southern Sung Dynasty – The Reign of the Emperor Kao-tsung – 1127-1163. The material fascinated me and I thought that it should be more accessible. Therefore, I developed the protagonist Li K’ai-men, a scholar-official as a vehicle to recount the period as historic fiction. The material has been through several iterations ending as a series of five plays under the title Nan Ya (Southern Swallow), which was narrated by Li K’ai-men’s devilish manservant, K’u Ko-ling. The final iteration (the published series — The Academician, The Nan Tu and Swan Cloud, with The House of Green Waters and Vagrants Hollow still to come) incorporated the background elements for my epic novels series The Jade Owl. With that mythical bird and the apocalyptic tie to the 21st Century, I believe the relevance of 12th Century China strikes a human chord with my readers.
Swan Cloud details a famous event in Chinese History, the trial and mysterious demise of General Yueh Fei (Yo Fei), an act which condemned an otherwise worthy regime to centuries of criticism. Yueh Fei has since become the Chinese God of War, so when you rub out a God, you’re bound to be proscribed. In Swan Cloud, I explore the world of Sung (Song) Dynasty politics, which had earmarks of modernity and continue to showcase some characters from the important Chinese novel, Outlaws of the Marsh lending insight to rural life apart from the court.


Q: You combine Chinese history, magic jade owls, and interesting characters in the Southern Swallow series. What was your inspiration for creating this expansive work?
The Jade Owl series (The Jade Owl, The Third Peregrination, The Dragon’s Pool, The People’s Treasure and In the Shadow of Her Hem) is an epic fantasy series combining Chinese historical and cultural elements with life in the modern Pacific Rim (China and San Francisco, to be specific, where most of the action is set). That the entire cast of The Southern Swallow Series shows up in these novels is more than cross-pollination. I’ve always felt that history transcends time and novels, as objects, are time portals. Life is one vast museum. I’m a fantasy author and, as such, create worlds, but worlds must resonate from characters and characters must come from a filtered source — that source would be my mind and my reader’s imagination. As for the size and scope of these ten novels, they grew as all things grow — one lie after another and a need to perpetuate the fiction for as far as credibility’s fabric will allow.


Q: You choose to self publish your books, and have even written a guide to self-publishing. Why do you feel that is better than working with a traditional publisher?
I have nothing against traditional publishing — in fact, the independent author assumes all elements of traditional publishing. The traditional houses gauge the market and profitability (some say, poorly). Self-publishers can do that also, but with the recent accessibility to publishing tools, both e-book and paper, and ready sources of distribution, an author can make a statement directly to their readers. It takes dedication to author, regardless how you get your work into the hands of readers. I came to self-publishing not out of desperation, but because it was an avenue beckoning me to circulate. I made my fifty-year time investment. It’s time for readers to make a their investment — time that is, and that’s all I can ask.


Q: So, if you don’t mind sharing, would you tell us about your latest work in progress?
My next book out is the last book of The Jade Owl series (Book V – In the Shadow of Her Hem), the exciting climax to the series. However, I have two works immediately in progress — first, a collection of poetry dedicated to the men and women who fought in the WWII, in the Pacific theater, entitled Pacific Crimson – Forget Me Not. I've written 110 full-length poems from the warrior’s perspective, in their voice and tied to specific places and dates during the Pacific War. The second is the first book in a new Sci-Fi fantasy series called Belmundus concerning a young Hollywood actor who is collected by a succubus and kidnapped to a dystopian world ruled by Magi, evil overlords. They rule an underclass whose culture I based on the history of my people, the Cherokee. I’ve been writing this one on and off for eight years. It’s time to unleash it on the world.


Q: If you could offer one tidbit of advice for new writers, what would it be?
Advice? I’m full of that, but I would suggest that new writers decide whether they are going to write or to author. Writing is just one tool in an author’s arsenal. Ask yourself whether you have an affinity to language’s inner sonority, and whether you have the fortitude to destroy most of what you author. Only the best for your readers, and in that, only what serves a relentlessly engaging story. This is the first test for a new writer. Then, and only then, will you be able to walk into that ZONE where your imagination hatches the creatures we see in the throws of the first draft. If you are writing for fame and fortune — try becoming the Iron Chef. Fame and fortune are fine, but finding the positive aspects of a well-formed sentence is a surer goal. Fate dictates the rest.


Q: What do you like to do when you’re not writing?
Reading. I’m also an Opera Queen, both on DVD and live. I sing. I love to travel, but haven’t taken many trips in the last few years. However, I have fond memories of Europe, China and most of the US (hundreds of business trips). I have a voice as a veteran and a gay activist.


Q: Do you enjoy writing, I mean, do you find it fun?
Nothing gives me more joy than authoring. The only part of the process that’s an effort is chasing editing issues. My editor is great at catching most everything, but like most authors, I worry over every damn comma. Other than that, authoring runs in my veins, and when it doesn’t, I’ll evaporate. Poof.


Q: Can you tell us something about the place you call home?
Home is a hard place to describe. I was born in Brooklyn, NY and lived most of my mature years (30 onward) in New Jersey, but now I live the happy life as a gay bachelor in the wilds of Allentown, PA. I moved here following my high-powered marketing job, which disappeared. Now, I work at the same place, but enjoy it at a reduced wage, which lowered my blood pressure and allowed me the time to publish. My home, of course, is with my parents, who recently passed away, so home is in my heart where they’ve taken up permanent residence.


Thank you, Edward Patterson. I enjoyed our exchange as well as your book.

You can find out more about Mr. Patterson and his books at http://www.dancaster.com/

Posted by AlanChinWriter at 8:29 AM