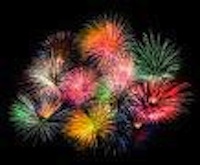 What does Independence Day mean? I mean beyond burgers on the grill, icy beers in the cooler, fireworks in the evening sky, and hot dog eating contests. On a national scale it represents the birth of a nation, but after 236 years it’s difficult to relate to achieving independence from the British. After all, no American alive today can remember ever being enemies with the Brits. And where would we be without Earl Gray tea, gin and tonic, or Wimbledon on ESPN?

To me this day is one to reflect on a more personal independence, a freedom of living the lifestyle that fulfills me as a human being. Like many people, I spent twenty-plus years working meaningless jobs for unkind bosses, working my way toward that independence to do exactly what the hell I wanted to do.

I had a dream and I, in large part, achieved it through self-determination and hard work. The thing I reflect on today, is the fact that those opportunities were open to me, to any American with a dream and the will to work for it. Yes, it takes time, effort, and luck, but we Americans can blaze our path, march to the beat of our own drum.  (Sorry for the clichés)

Does Independence Day have a personal meaning for you? From whom or what are you striving to gain your independence? Maybe an unfulfilling career or a bad relationship? It starts with a dream of something better, then a plan on how to achieve that dream. It’s never too late to start down that path. Give yourself a pat on the back for having something to strive for, a life more fulfilling. The course you choose to steer defines who you are.

Yes, I’m grateful for the country’s independence. But today I’d like to raise my glass and join you in celebrating whatever level of independence you have achieved.

Enjoy, and don’t eat too many hot dogs….

Posted by AlanChinWriter at 8:08 AM