Escape to the Alleppey and Vembanda Backwaters

Our last couple of days in southern India were spent on the obligatory boat trip on the Kerala Backwaters. A private boat with a three-man crew made life very simple. Our houseboat provided an experience of the backwaters in a vessel whose history harkens back to the ancient rice trade of this region while also providing modern comforts. 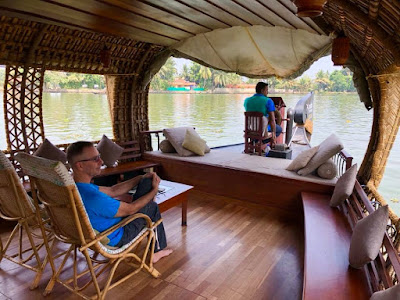 There are no roads here, so life depends on the canals. Most families have their own houseboat. 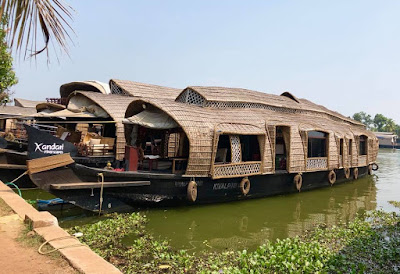 There are over fifteen hundred houseboats sailing one the backwaters. These vessels, known as Kettuvalloms, balance authenticity and environmental responsibility. 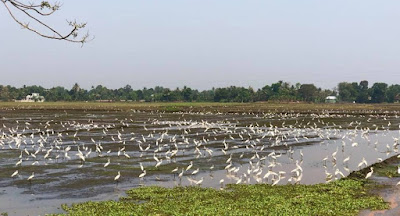 This giant reservoir is one of India’s most important ecological resources. We saw hundreds of different species, including kingfishers, darters, cormorants, egrets, eagles, and even Russian storks. I’ve never seen so many birds in one place. Truly breathtaking. There were also an assortment of otters, frogs, and turtles along the banks. 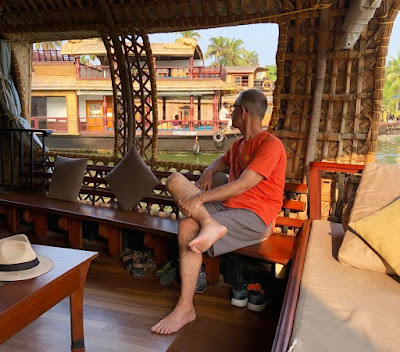 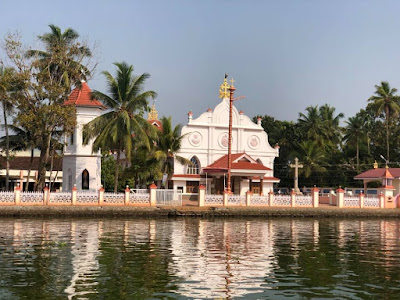 Kerala is predominately Christian, and has an enormous number of churches. We’ve seen some towns with two separate Catholic Churches next to each other. 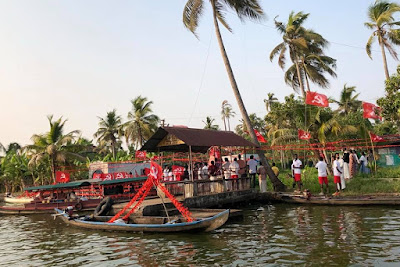 The Communist Party of India is the ruling party in Kerala. Rallies were held everywhere. 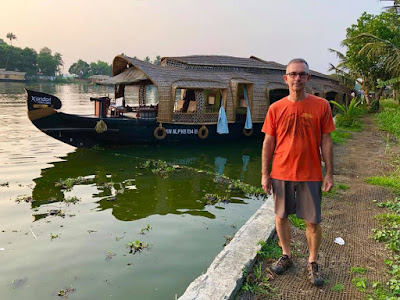 Kuttanad is known as the rice bowl of Kerala, as most of the paddies in the state are cultivated here. What is unique about this is that the entire paddy fields are below sea level, and were once marsh. But the Indians built a unique system of dykes to keep the waters in canals, thus opening up vast paddies for cultivation. Here I’m standing on a dyke. 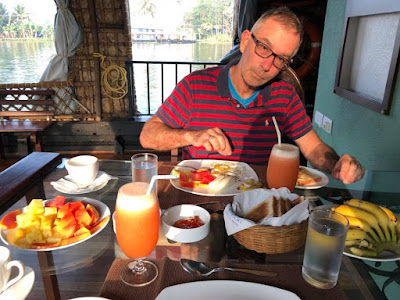 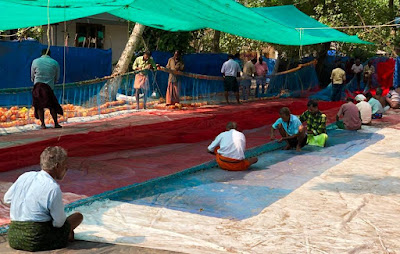 The backwaters is a prime fishing area. There are various types of river fish and also shrimp cultivation.  Here fishermen are weaving fishing nets. 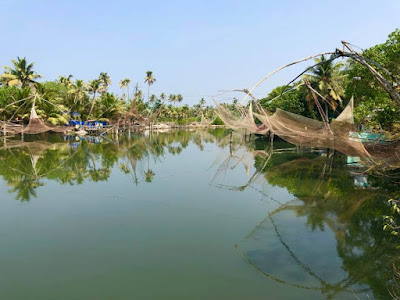 On the seashore, fishing boats line the port.

Posted by AlanChinWriter at 1:45 AM 0 comments