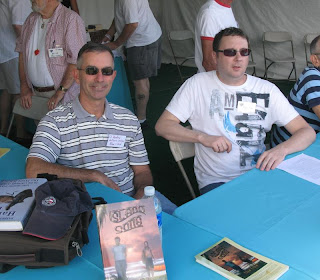 Had a wonderful weekend in Palm Springs. My husband, Herman, and I drove down for the Pride parade and festival in the desert city. The weather was hot, which meant the men were wearing as little as possible. The gays and lesbians had virtually taken over the town, and the place was jumping.
I spent two days sitting at a long table with several other gay authors, all of us signing books while watching the colorful crowd stroll by. I had the opportunity to meet several charming people and even sold a few books.
The signing was organized by Rick, the owner of The Q Trading Co., the local gay bookstore in Palm Springs. Rick was utterly delightful, as were all the other authors. Most of the authors were local men, but one, Kage Alan, flew in from Detroit.

Kage and I have the same publisher and he and I have exchanged many emails over the past year, but this was our first face to face. Kage writes gay comedy, and true to form, he had me laughing all day on Saturday. We sat together and talked up a storm. It was too much fun. In fact, the next day we had to sit apart so that we paid more attention to selling books rather than having a good time. 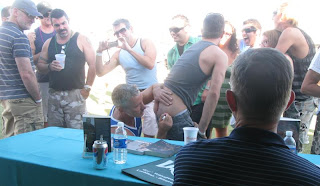 I also got a chance to talk with Patricia Nell Warren, author of The Front Runner, who approached me to see how my book was selling. She is a grandmotherly sweetheart who you would expect to be handing out cookies to the children. I asked her if she would consider doing an interview for my Examiner.com LGBT Literature column, and she instantly agreed without batting an eye. So be sure to look for that in the coming weeks.

All in all, the PS Pride is an event I hope to return to year after year. 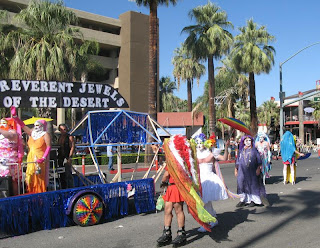 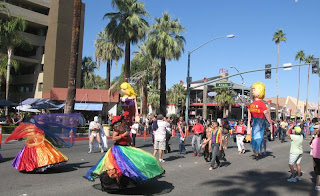 Posted by AlanChinWriter at 10:19 AM

It is certainly interesting for me to read the post. Thanks for it. I like such themes and anything connected to them. I definitely want to read a bit more on that blog soon.