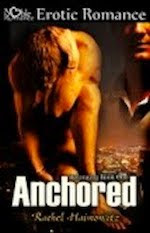 Rachel Haimowitz will be featured on this blog on January 18, to promote the release of her new book Anchored: Belonging Book One. This will be only one stop on her whirlwind blog tour that starts on Jan. 14th and continues every day until the 23rd. To view Rachel’s entire tour schedule and her list of exciting prizes to be given out during the tour, go to:
http://rachel-haimowitz.blogspot.com/p/blog-tour
Please read the blurb about Rachel’s new novel and also information about the author below, and be sure to mark your calendars and be back here on the 18th.

Daniel's not stupid; he knows there's only one reason a man would pay so much for what little free time he has, and it's got nothing to do with his knowledge of current events. But he's never been made to serve like that before, and he fears he won't survive the experience with his sanity intact.

He finds himself in the home of Carl Whitman, a talk show host whose words fail him time andagain when it comes to ordering Daniel to bed. Daniel knows what Carl wants, but it seems as if Carl isn't willing to take it, and Daniel's not willing to give it freely. His recalcitrance costs him dearly, but with patience and some hard-won understanding, love just might flourish where once there'd been only fear and pain. Can Carl become the anchor in Daniel's turbulent life, or will he end up the weight that sinks his slave for good? 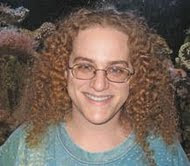 uthor and a freelance writer and editor. She originally dipped her toes into cable news and book publishing, decided the water was cold and smelled kinda funny, and moved on to help would-be authors polish and publish, write for websites and magazines, and ghostwrite nonfiction.

Posted by AlanChinWriter at 2:57 AM