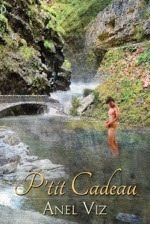 The narrator of the story, Ben, is told before he meets Jean Yves that the boy is a simpleton, unemployed because unemployable. He is pleasantly surprised instead to find the young man is both attractive and likable—but, Ben is sure, straight, and he accordingly resists his growing attraction.

It is of note that the novel is written from the single narrator’s Point Of View, which can sometimes cause writers problems with developing the other characters in the story, but this is nothing more than lack of craft and can (and must) be overcome. As an example, there could hardly be a more resolutely single POV novel than Daphne Du Maurier’s 1938 suspense classic, Rebecca. Every character in the book is completely realized—even the dog has a recognizable personality, and the villainess, Mrs. Danvers, is fully dimensional, yet everything and everyone is seen only through the eyes of the unnamed narrator.

How did Ms. Du Maurier achieve this result? Exactly the same as we do in our lives, which after all we each of us live with our own single POV. People tell the narrator things, either directly, or indirectly, remarks are overheard, gestures noted, facial expressions, even silence. One forms opinions, makes judgments, gets a sense of the people with whom one comes into contact. The narrator is only imitating what happens in real life. From such hints, even the single narrator is able to offer the reader a book filled with living, breathing characters instead of cardboard cutouts.

I don’t want to make overmuch of this, but I stress it because every writer who opts to do a novel with a single narrator POV must face this problem and overcome it, or settle for producing something less than his best.

Nor do I want to suggest that this novel does not work because of this lack. It works quite nicely, in fact, because the author wisely focuses on the three essential characters that he has drawn well, and keeps his story closely tied to them.
The narrator, Ben, is beautifully drawn and, really (and appropriately), this is almost entirely his story. So we watch him encourage an unhappy younger man, struggle with his sexual desire and gradually and against his will, fall in love. It all rings true.

The second “character” is Ben’s art, which is something quite apart from the rest of him, but essential to his nature (and a major element in the story) and this is handled with the skill of a master craftsman. By the time I finished reading the novel, I could almost have sworn that it had been illustrated. You can actually see the sketches, the paintings, the drawings, as Ben produces them. And, they are not something tacked on to “show off,” they are entirely integral to the story.

The third character is Jean Yves, the young man with whom Ben falls in love, and he is somewhat less convincing. When he tells about being abused as a child, for instance, I simply did not believe it. But the character is complex, and develops wonderfully in the course of the story, making up for any lapses, and over the course of the pages we see him grow from a young man (much younger it seems, than his actual age of 22) drifting in an unhappy and idle life to full manhood and a successful career. By the end of the tale, Jean Yves seems the senior of the two lovers.

Posted by AlanChinWriter at 12:22 AM