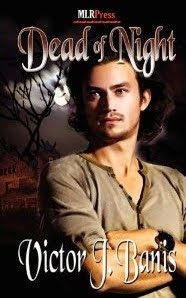 Newly released from a mental hospital, Calvin Sparrow returns home to resume life in the house he was raised in, which is also the house his parents were brutally murdered in. Calvin’s years or therapy were an attempt to heal him of the traumatic psychological wounds of his being in the house that deadly night, of witnessing the killings. But Calvin has lingering issues.

With the help of his brother, Bobbie, and a maid/cook, Mrs. Hauptman, Calvin begins to take to his new life, living alone in that grand and empty house. On the first full moon, however, Calvin hears sounds, voices from that deadly night so many years ago. He finds himself reliving that night all over again. But then the voices go away, until the next full moon. And each time they come back, they grow stronger and more sinister, and Calvin grows weaker and more desperate to free himself of his past.

I’m not a fan of horror or ghost stories, but I say must have this tale had me hooked from the first few pages. Is it a ghost story, or is it a study of a man’s insanity slowly taking him over? I can’t answer that question. The author skillfully leaves that up to the reader to decide.

This story clearly demonstrates why Victor Banis has become one of my favorite authors. He delves into his characters, pealing back the layers as he ratchets up the tension. As the story anxiety intensifies, more of the character’s deeper psyche is exposed. It’s really quite brilliantly done here.

About halfway through this story, I began to wonder how in the hell it would end. I’m usually very good at anticipating how an author with wrap up all the loose ends and bring a story to a close, but not this time. Not only did Mr. Banis keep me guessing all the way to the thrilling last pages, but he left it up to me to decide how it ended. Without giving any of the story away, I can say that I was both surprised and delighted when I read that last page. It was much more than I had hoped for.

Like all the tales I’ve read from Victor Banis, Dead of Night is a superb story that I can highly recommend to anyone who loves impeccable prose, wonderfully complicated characters, and a delectably teasing plot.

Posted by AlanChinWriter at 7:13 PM