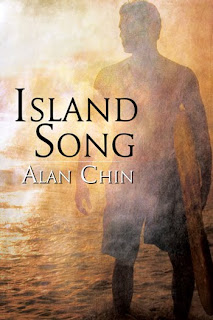 This new edition has been rewritten—converting it from present tense into past tense, tightening up the prose, and has been given a different ending (the one I had originally intended.) I’m very jazzed about this new release. I believe it is far superior to the original.

For those of you who were frustrated about not finding Island Song in the ebook format you desire, fear not. You can find this new release in all formats at: http://tinyurl.com/4l2oxlc

The blurb:
After watching his lover’s long and painful slide into death, there is no peace for Garrett Davidson. Grief eats at him. In a desperate bid to survive, he flees to a secluded Hawaiian refuge. There he intends to write a memoir about his relationship with Marc, hoping the process will bring closure, restore his sanity, and kick-start a career in writing.   He meets a captivating island native, Songoree, who offers promises of enlightenment and spiritual healing—but Garrett can only achieve it by abandoning his personal history. Can Garrett endure an excruciating journey that will tear him to pieces, wreak havoc among his friends, and break his despairing heart? Is it possible to attain fulfillment, even love, by surrendering everything you cherish? To survive, Garrett must find the answers.

Excerpt:
Garrett slept through the night undisturbed until light bled through the open window. With the growing light came the dream. Within the universe surrounded by his skull, he relived an experience that he and Marc had had several years earlier while scuba diving off the coast of Baja, Mexico.

They swam in a blue-green world thirty feet below the surface in the Sea of Cortez. Garrett loved to swim facing up so he could watch their bubbles float away, mingling together as they raced to the surface. It seemed magical.

The freedom of weightlessness brought a joy so intense it was agonizing.

They darted around the hull of a sunken freighter like sea otters until a giant manta ray glided up from beneath them, serene and graceful. The manta spanned fifteen feet across, dark gray on top and virgin white on the underside. It flew up to and around them, performing a slow-motion ballet.

Caught in a vise of fear and awe, Garrett’s hair prickled while an electric charge ran from his brain to his testicles. He had never been that close to any creature so large or so incredibly beautiful.

Marc, the bold one, kicked his legs and glided to the ray’s back. He grabbed hold with both hands near the eyes and began to soar away, riding the ray like a magic carpet. Garrett struggled to catch them and soon both divers rode the creature, performing unimaginable acrobatics.

The giant saucer winged its way into a school of squid, thousands of glistening milky bodies with flowing tails. The vision was electrifying. Garrett knew that he would never again experience such magnificence until death took him, and in the water, as on his bed, he smiled, grateful for the experience being given to him.

He ascended, floating on the edge of consciousness. His hand reached for his crotch and he began to rub. This part of the dream always reminded him of gliding in an ocean of semen, the squid looked so similar to sperm weaving their way to the one destination that would make them whole and fulfilled. The image never failed to excite him.

Posted by AlanChinWriter at 8:09 PM