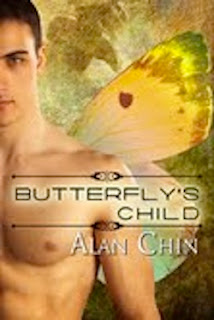 My book, Butterfly's Child received a glowing review over at Wilde Oats Literary eZine, and I wanted to share a portion of that review with you:

Alan Chin has taken Butterfly and both re-set it in high-desert Nevada and re-imagined it in two different time lines, to stunning effect. Essentially, he has written a sequel to the opera, an opera in prose form. Such an undertaking requires both nerves of steel and a sure hand, and Chin demonstrates that he has both. Some of the dramatic development is unexpected at the very least, but the character development is both subtle and deeply felt. The axis of both opera and novel is the character of Suzuki, which my Japanese friend told me translated as “Perfume of Pines”. As a name, it gives us a hint that the maid will be the strong survivor of the household, and in Chin’s tale it is indeed the maid/companion Juanita around whom the homestead revolves. Tough and resilient as a high-desert evergreen, scoured to essentials by wind and cold and desert heat, she holds the ranch together while disaster nearly consumes the family created by Butterfly’s child. The child has grown into a young man haunted by loss and grief, and whose preternaturally acute hearing has made him a misfit in the Manhattan environment he inhabits. His grandmother’s death and the necessity of returning to the family ranch to settle her affairs uproot him from life in the musical world, setting him on a course of growth and maturation. Along the way he sees one love wither and another blossom, witnesses deep devotion and fidelity, sees others’ loves grow in both romantic and non-romantic forms, learns what it is to be a man, and re-discovers a joy in music that he thought had faded completely away.
The characters of Butterfly’s Child are sensitively drawn; from the novel’s protagonist Cord, to the small boy Jem, they are believable and engaging. As the story progresses, we are pulled into the extended family. In the broadest sense, this is a romance, but it is far more than that. The tale is compelling – I was so transfixed by it, in fact, that I read the entire novel in one long sitting, stopping only when hunger drove me to the table and returning to the book as soon as I set my fork on the empty plate. Short scenes and longer set pieces are intelligently balanced, and the pace never feels either rushed or inhibited. I did feel a twinge of annoyance a couple of times when a passage of recitativo ran too dry: the hero’s ruminations on Zen Buddhism could have been abbreviated without damage to the score. But that’s a minor point. You don’t have to be a fan of Italian opera to respond to this dramatic tale of high romance, just be ready to fall in love.
To view the entire review, go to http://tinyurl.com/4ydxzht
thanks

Posted by AlanChinWriter at 1:52 PM