How I Became a Published Writer – Part 4 of 7 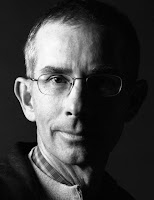 An online magazine asked me to create a seven-part history of how I became a published writer. I decided to post them here first, one per week. Here is installment #4:

In 2001, having retired from the corporate world with a little nest egg to keep me from starving, I now had the time, the energy, the ambition, and an idea for a story. How hard could it be? I mean, I had an advanced degree in writing from a prestigious university for Pete’s sake. It was solely a matter of making myself sit at the computer for three hours each day and type until my fingers bled, pounding out words to form sentences, then paragraphs, then pages, then chapters until I typed “The End”. How simple can it get? At least that’s how my husband sees it.

I first sketched out a high-level outline, mostly to get my head around the whole story. I made notes about where the main plot points would take place, and then began forming impressions of the main characters. As I said in an earlier post, Island Song was a story about homophobia, gay bashing, and fighting back. But it had to be more. It had to have a subtext of Buddhist ideals, which of course means passivism. That became the trick, to write about hate and vicious beatings, yet have an underlying message of passivism. And to do that, I knew up front I needed a special blend of characters, so I created four detailed character sketches for the main characters to insure they had the attributes the story needed from them.

Garrett said, “When you tell your friends about this, be sure to let them know it was Tinkerbell, a fairy, a fucking faggot, that kicked your ass and had you sucking up your own puke.”

In the years of rewriting and editing, this one line never changed. It was a stake in the ground of where the story was headed, a lighthouse beacon guiding me to the safe harbor. Once I had that one line, I went back to the beginning and wrote the first draft chronologically. It took me about a year.

That first draft took so long because once the characters were put on the page, they began to flower, to expand, to change, and finally to have a will of their own. I experienced a remarkable process where the characters, all of them, came to life in my mind. At first I simply thought they were interesting vehicles to tell my story. But then I began to relate to them as actual people and had ongoing dialogs with them. Then I slowly fell in love with them. As my knowledge of their personalities deepened, so did my love for them. So as these characters changed in my mind, I was forced to go back to the beginning and change the story to better fit my characters. And the funny thing was, that as I fell in love with Garrett and Song and Grandfather and Hap, the focus of the story changed from gay bashing to love, and I’m talking more than m/m romance. I mean love of family, love of place, love of culture, even the simple love of waking in the morning and being excited about the day. It turned into a collage of love on every level.

But at long last I did complete the story. I was so excited by the final product that I rushed through two rounds of edits, had a few friends proof read it, and then I sent out query letters to every publisher and literary agent who handled LGBT themed books. Now came the tough part: one rejection letter after another. Six months of rejections deflates the ego to a pancake. I knew the story was a good one. I really believed in it, so I assumed I had written it poorly. I went back to work, editing.

I rewrote the whole manuscript, focusing on language and voice. Again, I had friends proofread it, and sent out another round of query letters, only to get another six months of rejections. I thought about giving up or self publishing, but as I say, I really believed in the story.

In desperation, I purchased a book called, The First Five Pages by Noah Lukeman. Lukeman described how most publishers and people in the business only read the first few pages looking for style and a good hook. If you don’t impress them by page five, your manuscript goes in the trash. Lukeman went on to tell what publishers are looking for, and what turns them off—things like passive voice, over reliance on adverbs and adjectives, showing verses telling, tone, and style. Lukeman recommended that you go through the first five pages and clean them up using his writing tips. I edited all three hundred pages using his tips as a guide. That book, more than any other, taught me the kind of writing techniques that get your foot in the door of a publisher.

After completing a third major rewrite over a period of three years, I sent out a dozen query letters to some of the smaller publishers I had already approached. Again, the rejections came flowing back. I finally gave up on Island Song, but I didn’t give up on writing. I started a new novel, a WWII historical novel entitled The Lonely War.

A few months later, I was visiting some friends in Southern California. There was a small party going on and we were all crammed into the kitchen drinking coffee and eating cookies. I pulled out my laptop and checked my email. There was a note from Zumaya Publications, a small publisher in Texas, telling me that if the Island Song manuscript was still available, they were willing to publish it. They attached a signed contract to the email. I let out a scream as I leaped off my chair. It scared the hell out of everybody in the house. They were all mad and thrilled for me at the same time. That was a turning point for me, but the battle was far from over.

Posted by AlanChinWriter at 6:42 PM

I enjoy reading accounts of how other authors got published. Each journey is as unique as our coming out stories.

I must dig around to read the other installments.