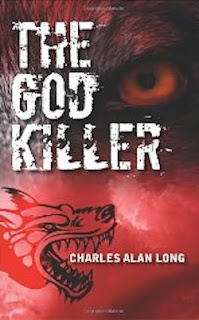 There is a new serial killer in the town of Normandy, Ohio, and he has a uniquely sick calling card: he arranges his killings to simulate the deaths of gods from Norse, Egyptian, Greek, and Roman mythology. Each crime scene is littered with symbolic clues, carefully chosen to indicate which god the victim represents.

The killer is extremely meticulous, and leaves no clues. Neither Detective Dylan Black nor his partner Vivienne Sheffield are versed in folklore, so they are both pleased to find that the first victim’s neighbor, Trevor McDaniel, is a mythology buff. But Trevor is more than a college student majoring in mythology, he is also gay, and when he and Detective Black work together, the sparks fly.

The killer strikes again and again, and each crime scene becomes more gruesome, more disturbing. It is clear he tortures his victims for several hours before eventually killing them. As the two detectives race to find the man before he can kill again, Dylan and Trevor become involved, hiding their budding relationship. What they don’t know, is that the killer is watching them. He knows what is developing, and will stop at nothing to put an end to their growing love.

This story is a tense, gruesome, emotional rollercoaster ride. The prose is not particularly noteworthy, and the characters do not have much depth, but make no mistake, it is a fast-paced page-turner that will keep you guessing all the way to the last page.

The author presents a great deal of mythological information, which adds interest to both the murders and the antagonist. The thing that worked best for me was the unhurried, romantic manner in which the author built the relationship between Dylan and Trevor. That connection was handled with skill, making the reader really care about these lovers.

I also enjoyed the fact that the author occasionally put me inside the killer’s mind, giving me a depth of understanding as to his motives and his flaws. I only wish the author would have spent more time telling the story from the killer’s point of view.

This is a story that mystery buffs will enjoy, and also readers looking for a good romance. I can highly recommend The God Killers.

To lean more about his book/author go to http://charlesalanlong.com/

Posted by AlanChinWriter at 5:40 PM