The Man Behind the Author, Part II 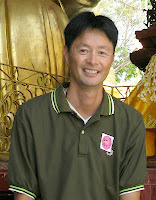 In my continuing series about my husband, Herman Chin,  I offer up the cartoon below, and explain that Herman would say that my writing career is stuck in the last three frames. 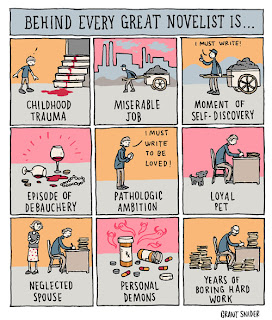 I share this to illustrate the only true bone of contention between he and I, my writing. He has no interest in my stories, my writing career, and worse, he seems to begrudge the time I spend at my desk instead of being with him.

I’ve talked to other writers who say their spouse is a hundred-percent supportive, helping to proofread their manuscripts and bragging to friends about their latest releases.  I can’t help but be a little envious.

In Herman’s defense, he never reads anyone else’s work either. He is simply a man who never reads books, and doesn’t seem to care about literature. I’m beginning to believe that it is a good quality for him to have because it helps balance us as a couple. lol

Posted by AlanChinWriter at 9:07 AM