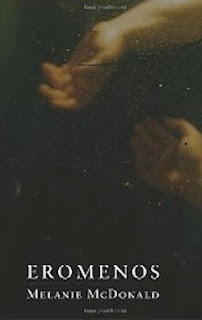 This coming-of-age novel is set in the second century AD, and recounts the seven-year relationship between Emperor Hadrian and Antinous of Bithynia, a Greek youth from Asia Minor. Told from Antinous’s point of view, this story recounts the affair between the fourteenth emperor of Rome and a Greek farmboy that was raised to the height of a pagan god because of his famous beauty.

The author gives rigorous attention to historical accuracy in recreating Roman society in the second century AD, and presents it with beautiful prose, which is by far the highlight of this otherwise dull novel.

The first third of the book is mostly description about the setting, with few scenes and no conflict to speak of. In fact, the writer’s style of telling, telling, telling, keeps the reader at a distance from the characters, and offers very few engaging scenes throughout the book, making it read like a dry history book. I found it lacking in exploring the interpersonal relationship between Antinous and Hadrian, which left me wanting more.

The author offers up a few petty court squabbles as a way to inject drama, but they seem so insignificant that they don’t register on the interest scale.

This is obviously a well-researched novel, told with a lovely voice, but it is not a book I can recommend.

Posted by AlanChinWriter at 8:08 AM