More Will and Jay stories from Alan Barker 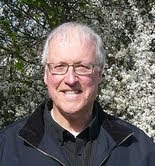 "Will says you've just come back from a tour in Germany Tim, like the stage outfit, wild nights in Berlin, fans screaming front of stage and then you're off again," remarked Jay, " and where next, Japan or somewhere here in America?"

"My last tour was in Germany," added Tim quietly, "and I'm so glad Rae invited me to your barbecue to chill out for an hour or two, but before I go I need one of your very special man hugs mate because to be quite honest, this really brave soldier-boy is feeling very nervous as my next tour is in...Afghanistan."

"I come home from the studio early and what do I see," said a very surprised Will to his partner Jay, "you on the sofa, with your arms wrapped around an Army guy!"

"Ssshhh, can you remember how anxious Tim was at Rae's barbecue just before he went to Afghanistan," whispered Jay between sobs, "well Ben here, his partner has just heard from the lads over there that Tim volunteered to go on a special patrol this week and has been reported 'Missing'."

"Well, I need a small group of volunteers to go on a dangerous search and recover mission to find Tim's patrol vehicle," requested his commanding officer, " and I'm hoping you find some of the guys alive, but we have lost radio contact, so all we can do is hope."

"There are five of us who will go sir," volunteered Zac, "he's a great guy and would do anything for us, but can we contact his partner Ben, because if Alex my...well you know sir what Alex means to me, if he was missing I'd want to know."

"You're two guys who will understand the situation," said Ben as he hugged Will and his partner Jay, "you're so cool about us and so are my Army mates who have accepted us as a couple."

"Well, they thought so much of Tim that they volunteered to go to find him, even facing snipers ans i.e.d.s," said Ben, showing Will and Jay all the messeges of support, "and they found him, the guys found him...he has been wounded and...faces amputations."

"I just don't feel like talking now Ben," cried Tim as he turned his face away towards the wall to hide his tears of frustration, "and I think we should part, because...man this is difficult...because...because...I can't..."

"Tim, those guys in our platoon risked their lives to save you and they were so worried about you and the effect of all this on us," Ben said firmly, "and although there are others in this ward who have lost their sight and limbs, we still have each other and a career and nothing is going to change that!"

"I'm so sorry I said the things I did," whispered Tim to his partner Ben, "because I didn't feel like the whole guy you met three years ago, especially after the first time I tried to walk and fell back on the bed."

"All the guys in the platoon know how brave you have been and your commanding officer has missed your enegy, leadership and honesty, especially when you explained to them about Zac and Alex," replied Ben, "but please, just for me, remember there's still a life for us to share and those men still fighting out there respect you so much it hurts."

"Thanks for coming to see me so soon," said Tim hugging Will and Jay, "as I lay there wounded in the ditch I thought I would never see my Ben or any of the lads again, but then suddenly in that painful half-light Zac and Alex came scrambling down towards me and being professionals hid their emotions so well."

"It's now really a matter of Ben helping me to put my best foot forward," laughed Tim to a very relieved Will and Jay, "as I had to have my left foot amputated, do I use my real one first or the prosthetic one?"

Posted by AlanChinWriter at 1:56 PM