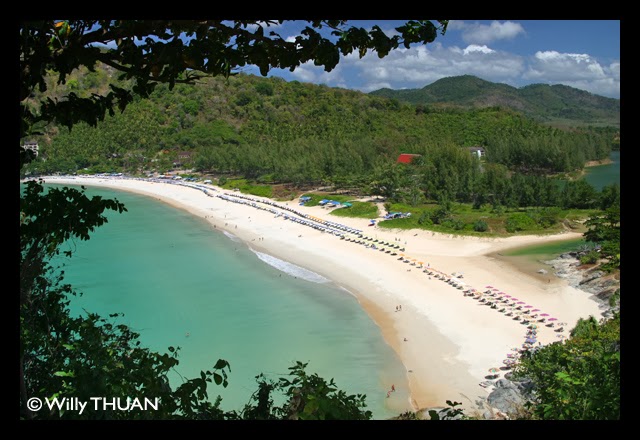 Herman and I have been on Phuket Island in southern Thailand for about a week now. We spend every day on the beach, relaxing with hoards of other tourists. We’ve been coming to this beach, Nai Harn beach, for the last several years. Interesting enough, most of the tourists this year are Russians. They seem to make up 60% to 70% of the tourists here. In prior years, the vast majority was made up of Germans, French and Italians.

It seems the Russian middleclass has finally begun to travel internationally, and Thailand is a cheap, warm destination to escape the cold Russian winters.

We’ve seen a number of Russian gay couples. From the looks of things, the Russian gay men don’t come here to pickup Thai boys, like the European and American gay tourists do. They come here to be together, to be openly committed couples, to be themselves without fear of persecution.

It’s heartwarming to see, and know that they have a place where they can express their love without fear, if only for a few weeks each year.

Posted by AlanChinWriter at 6:52 AM